Featured: CARLSON can bond with anyone. 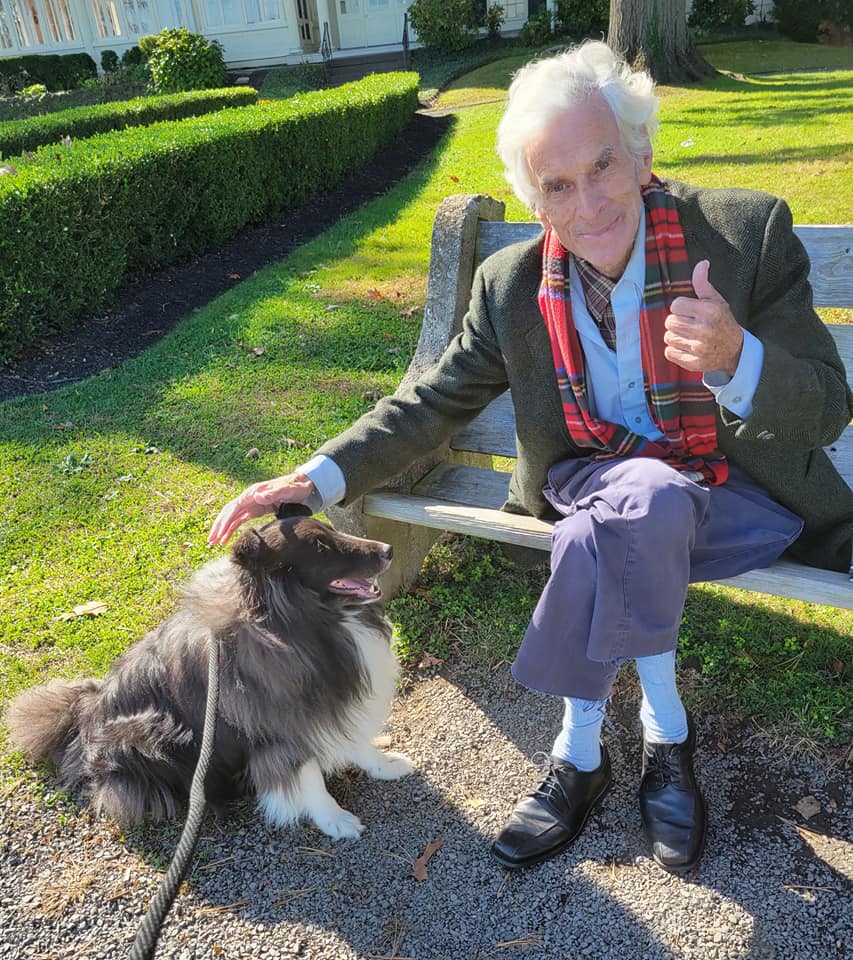 I want to share this amusing story so that anyone who had anything to do with Carlson during his time with the rescue and who doesn’t know me, can get a chuckle out of it. I do apologize, it is a bit longer than normal but well worth the read. Yesterday at one of the parks I take Carlson and Ronan to, we came across an elderly man sitting on a bench in the park along the Delaware River at Glen Foerd estates. We came across this man a few days ago and Carlson of course, has to go over and greet him. Yesterday this same elderly gentleman was there again, sitting on the same bench along the river, and Carlson pulled us right over to see him. Carlson was so cute with this man I asked him if it was okay if I took a picture or two and he said sure. Carlson was all over him, on his lap, kissing his face and when he got down he had his beak up the man’s pant leg licking his leg! He finally sat down beside him and the man rubbed and rubbed his head and ears and Carlson was in heaven; he loves his ears massaged! Then he laid down at his feet. When I was going to continue along with our walk Carlson made no indication that he was ready to get up and go. I had to keep telling him to come along until he finally did get up. The man really loved him and said he’d never met such a wonderful and friendly dog in his life and wished that he could have a dog just like him. 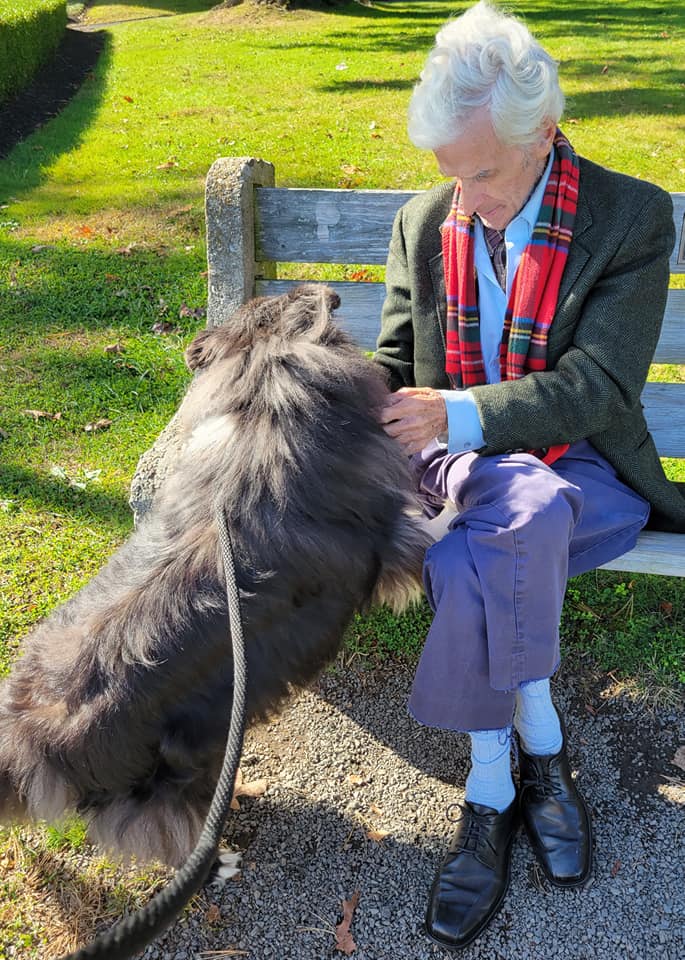 THIS DOG CAN BOND WITH ANYONE, doesn’t matter if he knows you or not. He is, hands down, the most affectionate dog I have ever had and I have had dogs my entire life. Before I left, I asked the gentleman if he had email so I could send him the pictures I took and he said no, that he liked to read books and go to the library a couple times a week to read the newspapers for free. He had a book with him and asked me if I would like to see what he was reading and I said sure, whereupon he held up his book titled “SOCIAL MEDIA IS BULLSHIT!” Well, I damn near fell over it was so funny. But he was serious and said that this generation has no idea how to communicate that they are all stuck to their computers and cell phones and how sad that was. I think Carlson sensed something in this man that he needed a friend and Carlson was right there to shower him love. I am so grateful every day that the rescue chose me to love and care for him. He is one very special boy. Hope you enjoyed this little quip and the pics!

Reprinted with permission from Carlson and his loving owner.